The month begins with a retrograde Mercury in Scorpio. Whoopie! The gauntlet for going deeper and revealing the truth of things has been thrown by the cosmic forces that be. Show up, tell the truth and go deeper within yourself to make the most of this transit. People will be hypersensitive to criticism so go easy with your words. Mercury will go direct on November 20 at 11 degrees 38’ of Scorpio. This one could get pretty intense, just sayin’.
The little dude is close to Venus until the 3rd, making it all rather pleasant and civilized. Venus goes into Sagittarius on the 2nd and they separate as Mercury retros and Venus moves forward. It gets more intense after that as transiting Mars in Libra squares transiting Pluto in Capricorn. This is an explosive aspect with a potential for nasty confrontations and outcomes. Avoid volatile people and watch your back in unfamiliar surroundings.
Jupiter, the planet of optimism, right action and justice, moves between 23 degrees and 29 degrees of Sagittarius, and is aspecting the Galactic Center between November 15-21. This coincides with Mercury going direct on the 20th and Mars entering Scorpio on the 20th as well. The truth of the matter does get revealed as the month unfolds.
Between November 22-26 there is an accident prone/explosive aspect between transiting Mars in Scorpio and transiting Uranus Rx in Taurus at 3 degrees. This is a volatile, unexpected and somewhat revolutionary aspect with the potential for upsetting results. The Moon also transits Scorpio on the 24th and 25th so that could also trigger intense situations. Awareness brings its own kind of protection with this aspect so trust your intuition about what you should do and where you should be.
Saturn transits between 15 and just under18 degrees of Capricorn, getting within a 5 degree orb with Pluto mid-month. There’s just no end to the intensity this month. You will see in the news how this works out, but it can be about oppression and control by the powers that be.
Neptune will go into direct motion at just under 16 degrees of Pisces on November 27th. Essentially it is stationed now as it slows down at the end of its retrograde. This is a fuzzy aspect where many people can get confused or go down weird rabbit holes without logic as a guide. Be aware of this and double check all your sources for the facts. 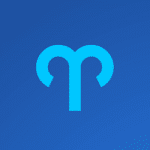 March 21-April 20
Be extra careful the first few days of the month as your ruling planet, Mars, now in Libra squares Pluto in Capricorn. This can mean some kind of crisis or confrontation comes up for you that needs to be dealt with in a firm way. Venus lends its support in Sagittarius so remain calm and look for a reasonable solution. Be extra careful from the 23rd-26th as Mars opposes Uranus, which makes for an accident-prone aspect. Your better days come on the 8th, 9th and the AM hours of the 10th. 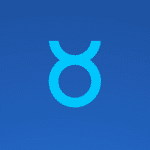 April 21-May 20
There is still some uncertainty about your situation as you attempt to get a routine going but it eludes your control. You just have to go with the flow right now and be flexible. The Mars/Uranus opposition between the 23rd and 26th can be problematic. Avoid confrontations with men or have any repairs related to electricity, wiring and technology done until after this aspect passes. The PM hours of the 10th, the 11th and Full Moon on the 12th offer positive support.

May 21-June 21
Watch your health this month as your ruling planet, Mercury, retrogrades in your 6th house of health, co-workers and service. Things could get really jumbled this month with bad directions, misplaced objects and missed appointments. Your mind is all over the place now. Do your best and stay out of the blame game. The 20th could be extra weird so don’t expect your plans to remain constant. On the 13th and 14th things go your way. 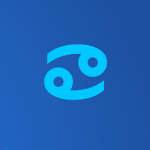 June 22-July 22
The lunar aspect with Saturn and Pluto on the 1st could be a bummer for you but you have to keep going forward. Take a day off for self-care. You will hear about a change of plans having to do with your children or a creative project you are working on. Jupiter in your 6th house will be going over the Galactic Center giving you extra cosmic insight regarding how you can be of service or expand the work you are currently doing. This is a big and hopeful positive insight. Act on it. The 15th, 16th and AM hours of the 17th are your most fortunate days. 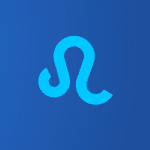 July 23-Aug 22
There is still a continued focus on health and healthy routines this month and this focus will continue for the next 7 months. No slacking for the holidays either. As much as you would like to entertain this month, it just doesn’t look like it will be easy to pull it off, particularly at the end of the month. Just say yes to an invitation and bring something everyone will talk about so you get the attention your desire. The lunar aspects of the PM hours of the 17th, the 18th and 19th favor you. 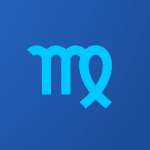 Aug 23-Sept 22
This is a very busy month but many changes to your schedule are likely with the Mercury retrograde period through the 20th. It can work out to do some entertaining more towards the end of the month as Venus and Jupiter will be in your solar 4th house. It’s a good time to decorate and improve things there as well. There might be some troubling situation with your children that comes up so those matters will take priority at the beginning of the month and the last 3 days of November as well. The 20th and 21st are the best days for you this month. 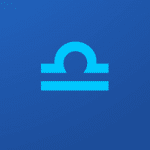 Sept 23-Oct 23
As Venus goes into Sagittarius on the 2nd, you will be feeling a need for more freedom and adventure. Step outside your comfort zone and give yourself the gift of a new experience! The vibe seems kind of heavy at the end of the month with the Moon, Saturn and Pluto all in your 4th house so take the party elsewhere. Money may be a little tight so don’t overspend, there are an infinite amount of ways to do something different that is cheap and cheerful. The 22nd and 23rd are your lucky days. 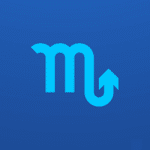 Oct 24-Nov 22
With Mercury going retrograde in your sign, there are going to be many changes and many emotions coming up for you this month. Be careful with your words and actions around the volatile days of the 3rd-6th and 20th -26th. You are likely to be stressed out then but don’t make matters worse by lashing out at others. This is a breakdown to breakthrough transit, but not without some rugged passages. The new Moon on the 26th has the potential to get you out of a pretty deep rut. Don’t fear the changes. The 24th and 25th can bring tremendous insights. 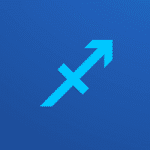 Nov 23-Dec 21
With Mercury going retrograde in your solar 12th house there are some hidden things that need to be addressed. It could also be health related as the 12th house is also related to health issues that are inherited or karmic. With Jupiter transiting your sign and Venus, too, on the 2nd have some protection around you for this exploration. The 20th –26th could bring about a crisis of some sort so plan to lay low. The new Moon on the 26th and the 27th can be a breakthrough for the situation. 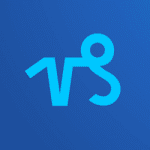 Dec 22-Jan 20
Saturn will be within a 5 degree orb of Pluto by the middle of the month which will illuminate the pressures and transformative potential of the exact conjunction in January of 2020. The beginning and end of this month will present some struggles for you as there are big decisions to be made if you want to continue progressing in life. Let go or be dragged will be your mantra. The 1st, 2nd, 28th, 29th and 30 are your power days. 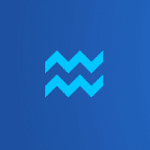 Jan 21-Feb 20
With the heavy hitter planets of Saturn and Pluto and the south node in your 12th house, there are things happening behind the scenes that you need to address as Saturn gets closer to the conjunction with Pluto in January 2020. It could definitely be health related regarding bones, teeth, knees, and or the spine. Consult an appropriate professional to explore your options. The end of the month has a Mars opposition in your 10th to Uranus in your 4th so there may be issues in the home that also affect your professional endeavors or vice versa. Stay aware and don’t let your fixed nature prevent positive change. The 3rd, 4th, and AM hours of the 5th are your best days. 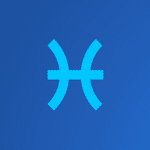 Feb 21-Mar 20
With Neptune stationed to go direct on the 27th in the middle of your sign, you may have some confusion around your direction at this stage of life. Your professional life is stable and growing with Jupiter in the 10th house and with Venus soon to enter Sag, it should have some nice perks this month. Watch your surroundings at the end of the month as Mars opposes Uranus in your 3rd house of neighbors, the environment surrounding your home and your siblings. Keep your wits around you when out and about. Your best days are the PM hours of the 5th, the 6th and the 7th.